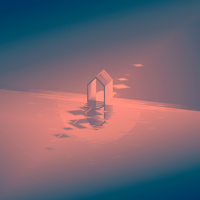 Developer Jake Elliott has stated that "The story's a tragedy; it's a tragic ending. Hopefully it won't be too bleak, but it's in that tradition."[1]