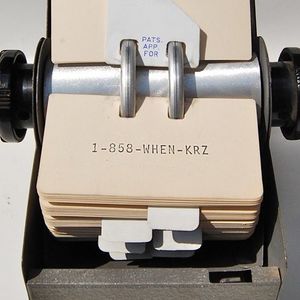 1-858-WHEN-KRZ (1-858-943-6579), or the Kentucky Route Zero Development Status Hotline, is a phone hotline by Cardboard Computer dedicated to providing callers with the release status of Kentucky Route Zero, including Act V and the game's console ports. It features the voice of Will.

Online as of October 15, 2018, Cardboard Computer stated in their announcement tweet and Instagram post that "if you find it reassuring, you may add it to your 'speed dial.'"

On January 28, 2020, the number switched to operating as the hotline for the Department of the Real.

Recordings of the messages heard on the hotline at different dates are listed below.

This recording played a countdown, in minutes, to 9:00 a.m. PST on Tuesday, January 7, 2019 (seven years since the release of Act I). A transcript can be read here.

As the countdown reached zero, the recording played the following message: 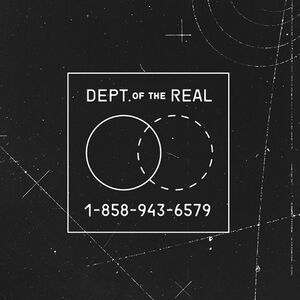 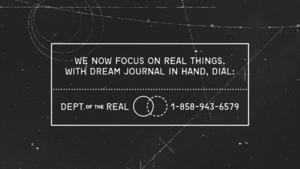 "The number you have dialed is not real"[edit]

The hotline's "today, the following things are not real" item listing changed roughly every other day:

"Please open your dream journal and turn to page 81"[edit]

"Please open your dream journal and turn to page 92"[edit]