From Highway 0, the Kentucky Route Zero wiki
(Redirected from Zero)
Jump to navigation Jump to search 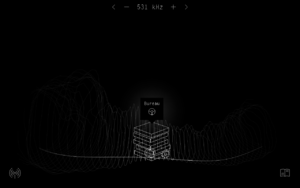 The Zero as viewed from the Bureau in Act III

Route Zero, otherwise known as Highway Zero or simply the Zero, is a mysterious, non-euclidean highway beneath the caves of Kentucky.

The main cast of characters travels on the Zero in Acts II and III, attempting to reach 5 Dogwood Drive.

An unfinished map showing the shape and waypoints of the Zero can be found here.

The Zero is navigated by turning around at specific waypoints. Symbolic maps showing how to navigate the Zero may be seen below: